Acting in the interest of shareholders
by setting high standards for employees, directors and management of the Company's business

Sacha Loiseau, Ph.D
Founder, Chairman of the Board
Chair of the Strategic Committee

Sacha is the co-inventor of the probe-based Confocal Laser Endomicroscopy technology and conducted the development of the Cellvizio product line, raising over € 120m with private and public investors, including €56.5m through an IPO in July 2011 on the NYSE Euronext Paris stock exchange. In 2013, Sacha was named co-lead of France's Re-industrialization Plan for Medical Devices by the French President and then a member of the Committee for the Future of Medicine. Sacha has served as a mentor of the Polytechnique-Stanford Ignite Program for young MedTech entrepreneurs for several years. Sacha was instrumental in the foundation of the association Medtech in France, of which he is Vice-President.

Sacha started his career at the National Center for Space Studies (CNES) in Toulouse and at the Paris Observatory, then joined NASA's Jet Propulsion Laboratory (JPL) in Pasadena, California, as a research scientist. Sacha is a graduate of Ecole Polytechnique and holds a Ph.D. in Astrophysics and Optical Instrumentation from University Paris-Diderot. He is the author of multiple scientific papers and holds 7 international patents and was the 2018 recipient of the Marius Lavet Prize.

Robert L. Gershon
Chief Executive Officer and Member of the Board

Robert is a seasoned executive with over 30 years of experience directing commercial strategies for leading medical technology companies. Rob was most recently Chief Executive Officer of Bovie Medical (NYSE: BVX), where he led the successful commercialization of novel technology, repositioned the Company’s product portfolio and improved overall operations. Prior roles included leadership positions with Henry Schein Inc. and Covidien (now Medtronic). Rob received an MBA from J.L. Kellogg Graduate School of Management at Northwestern University and a BSBA degree from American University.

Christopher D. McFadden, CFA
Member of the Board
Chair of the compensation and nomination committee

Prior to joining KKR, Mr. McFadden founded Canyon Healthcare Partners, a healthcare private equity firm and was a Senior Advisor to Athyrium Capital Management.  Previously, he was a Managing Partner at Health Evolution Partners and a Managing Director at Goldman Sachs, where he was a member of the Americas Special Situations Group (AmSSG) focused on healthcare private investing.  Mr. McFadden serves as Chairman of InnovaTel Telepsychiatry and as a Board Member for ValueCentric.

Jennifer F. Tseng, M.D.
Member of the Board

Dr. Tseng is chief and chair of surgery at Boston University School of Medicine.

Dr. Tseng completed her internship and residency in Surgery at Massachusetts General Hospital in Boston, and a fellowship in Surgical Oncology at MD Anderson Cancer Center in Houston. Dr. Tseng is Board Certified in General Surgery and is the former Director of the Pancreas Program at the University of Massachusetts Medical School. Dr. Tseng has published and lectured internationally on the diagnosis and treatment of gastrointestinal cancer. Jennifer earned a Masters Degree in Public Health from Harvard University.

Joseph DeVivo
Member of the Board

Joseph M. DeVivo, Chief Executive Officer of InTouch Health, brings a proven track record of 30 years of extensive business leadership and 25 years of medical device experience, ranging from small startups to large corporations. Prior to joining InTouch Health, Joseph served as President, Chief Executive Officer and Director at Angiodynamics (NASDAQ: ANGO) from September 2011 through the summer of 2016. Joseph also held positions as Global President of Smith & Nephew Orthopedics (NYSE: SNN) between 2007 to 2011, President and Chief Executive Officer and Director of RITA Medical Systems, Inc. from 2003 to 2007, President, Chief Operating Officer and Director of Computer Motion Incorporation (CMI) from 2002 to 2003, and Vice President, General Manager at U.S. Surgical/Davis (USS/DG), a division of Tyco International’s Healthcare Business, from 1993 through 2002.
Joseph received his Bachelor’s degree in Business Administration from the E. Clairborne Robins School of Business at the University of Richmond in 1989. Active in industry leadership as well as philanthropy, Joe is a member of the board of Mauna Kea Technologies, (EPA:MKEA) and St. Jude’s Children’s Research Hospital raising over $1,000,000 for the benefit of the Hospital.

Molly O'Neill
Member of the Board
Chair of the Audit Committee

Molly O’Neill is a recognized leader at some of the world’s most prestigious healthcare delivery systems, as well as ground-breaking product development achievements in the area of medical device and digital health. Ms. O’Neill brings over 30 years of experience in developing growth strategies to increase market share and revenues of academic, not for profit and investor owned health care organizations. Prior to joining St. George’s University in 2018, she served as the chief commercial officer at Proteus Digital Health, where in November of 2017, the FDA approved the first digital medicine NDA for Abilify Mycite®, thereby opening a new path for innovation in the pharmaceutical industry where silicon and software are part of a drug. Ms. O’Neill has also held senior leadership roles at Tenet Healthcare Corporation, Duke Medicine, Partners Healthcare, Ascension Health Care Network, and Inova Health System. She received her B.Sc. in Journalism and her M.S. in Health Care Administration from Virginia Commonwealth University/Medical College of Virginia. 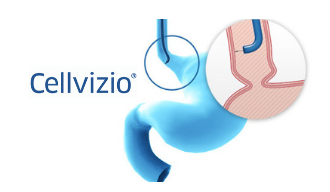 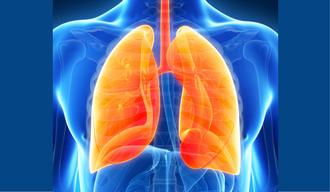 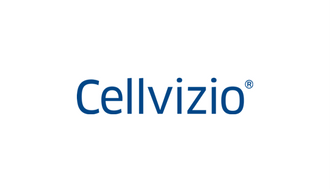 Find out more by downloading the
Cellvizio Product Brochure